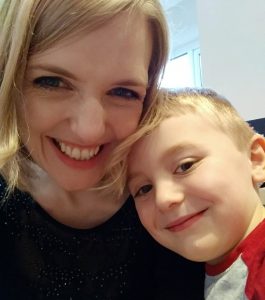 Having a family and becoming a parent shouldn’t affect your career in science, says #ScienceMama Becca Calisi. 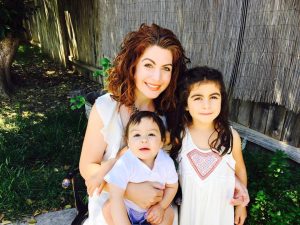 Becca Calisi is an assistant professor at UC Davis, California, where she runs a lab studies how the environment affects the brain, behaviour and health.

We talk about how important it is to think about where you work when it comes to having children – to find places that are supportive of families and working parents; about the importance of taking the time you need to recover from childbirth without having the stresses of work hanging over you…

“Here I am, one and a half weeks… post-partum, in my lab, giving an interview in a lab coat, and showing the TV crew everything. So, I think all of that, and the pressure as a new faculty member to prove myself, really took a toll. And I didn’t take care of me; I took care of everyone around me. But not me.” – Becca Calisi

But also about the importance of relaxing, delegating and letting go, when it comes to spending time away from a lab…

“I didn’t want my career to suffer in terms of being in my field. I didn’t want to appear as though I was slowing down. I had a big grant at the time, it was my first big grant at as a faculty member and I wanted to do good by it! And make sure I was keeping on a certain time-table… And it’s hard to relax. It’s hard to not be ambitious. It’s hard to not give it our all. I also didn’t see how I could not take these opportunities…” – Becca Calisi

If you want to find out more about post-partum depression, the US National Institute of Mental Health has some information about it, as done the National Health Service in the UK.

Do you do #science #research AND have a family? Are you a #ScienceMama? Tell us why this is such a rewarding #career #ECRChat #PhDChat #familylife #WorkLifeBalance

Hey! Yes! I love it, children make it all better (nothing like a hug when an experiment doesn't work!) Also – I want to make their lives better – so do research. Nice question! https://t.co/GMTlUqnGOn

Science isn’t a why, it’s a how. Scientist is usually something you are, not do. So no choice. Must science to be happy and happy parents make happy kids. Why not ask about #sciencedaddy?